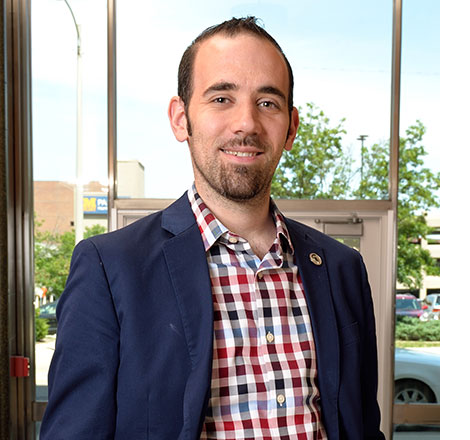 What makes a mid-sized city like Flint less strong economically and less healthy from a public health perspective?

A recent study led by a Michigan State University researcher, Dr. Richard Sadler, found that five geographic characteristics can explain why some cities are more economically vulnerable and their residents less healthy than others.

The study, published in the journal Urban Planning, combined five characteristics – municipal fragmentation, geographic sprawl, racial segregation, economic inequality, and overall poverty – to create a “prosperity risk index” for 117 mid-sized metropolitan areas in the Eastern United States. The researchers then compared that index with economic indicators, such as job growth, to show how geographic patterns relate to economic growth and social equity.

“We can use this tool to figure out the best steps for how to build better and healthier cities,” said Richard Sadler, PhD, a geographer who studies the relationship between urban geography and public health.

Sadler, an assistant professor in the College of Human Medicine’s Department of Family Medicine, conducts his research through the college’s Division of Public Health based in Flint. His latest study grew out of discussions with former Flint Mayor Dayne Walling, who co-authored the study and is working toward a PhD in geography at the University of Minnesota.

“We wondered, what makes a city like Flint less strong economically and less healthy from a public health perspective,” Sadler said, “so we started thinking about what the important factors are."

“We know that Flint is so much poorer than its suburbs and that the region is fragmented and sprawling. Are there similar patterns across the country, or is Flint unique?”

They found that the answer is, no, Flint is not unique, although it had the worst score of any Midwest metropolitan area and third-worst overall. The model showed a correlation between the five geographic factors and a metropolitan area’s economic vulnerability with some regional differences. For example, Ann Arbor was less fragmented and less segregated than Flint and, relatedly, was less economically vulnerable.

Urban sprawl and fragmentation occur as many residents leave the central city, moving to outlying subdivisions and suburbs.

“It creates a sorting process,” Sadler said. “The people who leave are often the people who can afford to leave.”

As a result, the central cities are left with a higher proportion of low-income residents and minorities, who are saddled with “legacy costs,” such as pensions and healthcare for retired city employees, as well as the cost of maintaining often-outdated city services. The cities then are forced to cut police, firefighting, and parks, leaving residents less safe, more economically vulnerable, and less healthy, he said.

Sadler said he hopes urban planners use the study as a guide to prevent the decline of central cities and help restore those that already are distressed.

“This is a tool we can use,” he said. “How do we develop cities that are resilient and strong? When we have the whole context, we can make better decisions to make better cities.”

The entire study is available on the Urban Planning website.