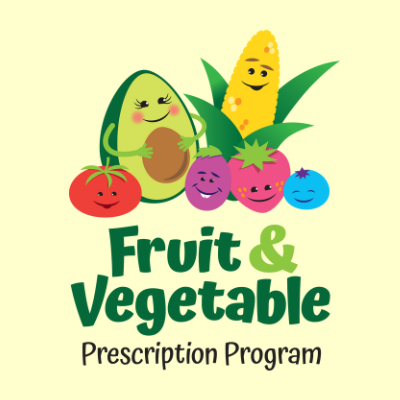 Each year, the Society for Nutrition Education and Behavior (SNEB) recognizes individuals or groups who have contributed significantly to creating and/or implementing policies or policy-based changes that support and positively impact the food and physical activity environment. The 2022 recipient of the Advisory Committee on Public Policy Health Promotion Policy Award is the Flint Fruit and Vegetable Prescription Program.

Initially, nutrition prescription programs were largely focused on adults with chronic diseases. Saxe-Custack understood the value of primary prevention and the foundational role of healthy nutrition in childhood. In 2015, the Hurley Children’s Clinic, the largest pediatric clinic in Flint, moved from a hospital-based clinic to the second floor of a year-round farmers’ market in order to address overwhelming food insecurity. Saxe-Custack saw this as an opportunity to develop a pilot program that was first-of-its-kind and afforded a novel opportunity to improve nutrition education, access, intake, and affordability.

In 2016, the team launched the Flint Fruit and Vegetable Prescription Program. “We experiment with different vegetables, so we’re eating healthier, and the prescriptions help on cost,” and “It is really fun to walk through the different stands at the Farmers’ Market, and you can taste a difference,” shared some of the parents.

Within a few short years, the program expanded from one pediatric clinic to three, and the prescription value increased to $15. The published qualitative and quantitative research revealed positive impacts on individual and family food security, nutrition behaviors, and food intake. This program is culturally adapted and adaptable. Despite the initial focus in Flint, Michigan, the program is growing and expanding to prenatal patients and many similar programs nationally.